Home  /  News  /  Meeting of the European National Committees of the Blue Shield just ended in the Belgian Capital. 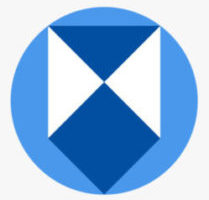 Bruxelles, 6 October 2019. A meeting of the European National Committees of the Blue Shield just ended in the Belgian Capital

The meeting represented a unique opportunity for representatives of BS national committees from various European countries and other stakeholders to exchange the experience made in the implementation of their work plans, to assess the achievements registered so far as well as the contingencies faced or preventing the complete though gradual implementation of the 1954 UNESCO Convention of The Hague for the Protection of Cultural Property in the Event of Armed Conflict, its two additional protocols and the related international law.

During the three days event visits to heritage listed sites took place in the historic city of Bruxelles and these also included the unique conservation laboratories of the KIK IRPA (Institut Royal du Patrimoine Artistique) located in the Park Cinquantenaire, where the meeting was hosted for most of its duration.

WATCH Secretary General participated to the meeting contributing to the debate and exchanges of ideas for future developments especially looking at the future challenges for the Blue Shield in its wider statutory commitment aimed at the definition and implementation of policies for the protection of cultural property at risk according to the relevant international law.

WATCH makes an effort to secure that only objective and independent information is circulated in all its communication tools. As a result we publish only information produced by our association including: Records, Interviews, Results of research and documents produced by associate members. In addition, at times, documents produced by reliable third party organisations and experts are also published. However, may you find that incorrect information was incidentally published, we would appreciate to receive your notification at: info@eyeonculture.net
© 2007 All rights reserved.