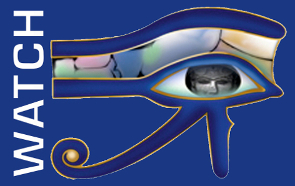 An experts’ exploratory mission is currently ongoing at the initiative of WATCH in the Middle East. Started in Lebanon on October the 11th to continue in other countries of the region until the end of November, this mission aims to initiate or consolidate cooperation with national, international authorities, agencies and other relevant stakeholders in the region which are engaged in the conservation and in the protection of natural and cultural heritage at threat.

A round of meetings are in the agenda, with high ranking institutional officers, managers and other relevant stakeholders, including the relevant professional associations and the specialised organisations of the civil society that are active in each country touched by the mission.

This is the first of a series of missions of this kind envisaged by WATCH in different regions, to assess on the ground the current state of implementation and obstacles faced in the enforcement of the protective policies stipulated in the UNESCO cultural conventions, international agreements and international humanitarian law, focusing on the conservation and the protection of natural and cultural heritage at risk especially based on the principle of ‘right to heritage’.

A bottom-up approach to cultural diplomacy, these exploratory missions are finalised to contribute raise awareness and develop regional / international cooperation for the protection of natural cultural heritage from natural and man-induced disasters as a globally shared responsibility.

Coherently to its prerogative, as independent international experts’ network founded on the principles of neutrality, WATCH aims to contribute help virtuous States Parties improve their capacity to effectively plan and implement risk preparedness plans and deploy disaster risk reduction measures for the protection of natural and cultural heritage in their territories and in a framework of regional cooperation, as envisaged within both, the 1999 Second Protocol to the (1954) UNESCO Hague Convention for the Protection of Cultural Property in the Event of Armed Conflict (1999HP) and the Sendai Framework for Disaster Risk Reduction 2015-2030

WATCH makes an effort to secure that only objective and independent information is circulated in all its communication tools. As a result we publish only information produced by our association including: Records, Interviews, Results of research and documents produced by associate members. In addition, at times, documents produced by reliable third party organisations and experts are also published. However, may you find that incorrect information was incidentally published, we would appreciate to receive your notification at: info@eyeonculture.net
© 2007 All rights reserved.